In the face of accelerated climate change, COVID-19 and growing populations, breeding at One CGIAR has a chance to lead the way towards food security. But to achieve that, breeding programs need to consider not only genetic and scientific progress, but also apply some innovation tenets to deliver according to expectations – namely, enhanced genetic gains and varietal turnover in smallholders’ fields. How can we use some innovation concepts to more effectively attain such demanding goals?

In a just-released book The Innovation Revolution in Agriculture: A Road Map to Value Creation, innovation is defined as “significant, positive change”. It means creating value, not just for the customer, but also for society. In breeding, innovation can lead to positive change like more affordable food and stable income for farmers, as well as improve food security through biofortification delivering several essential nutrients in a single variety. It can also offer more environmentally sustainable cropping options. For example, rice bred specifically to be sown directly from seed (rather than needing to be transplanted) enables farmers to reduce methane emissions and water use. 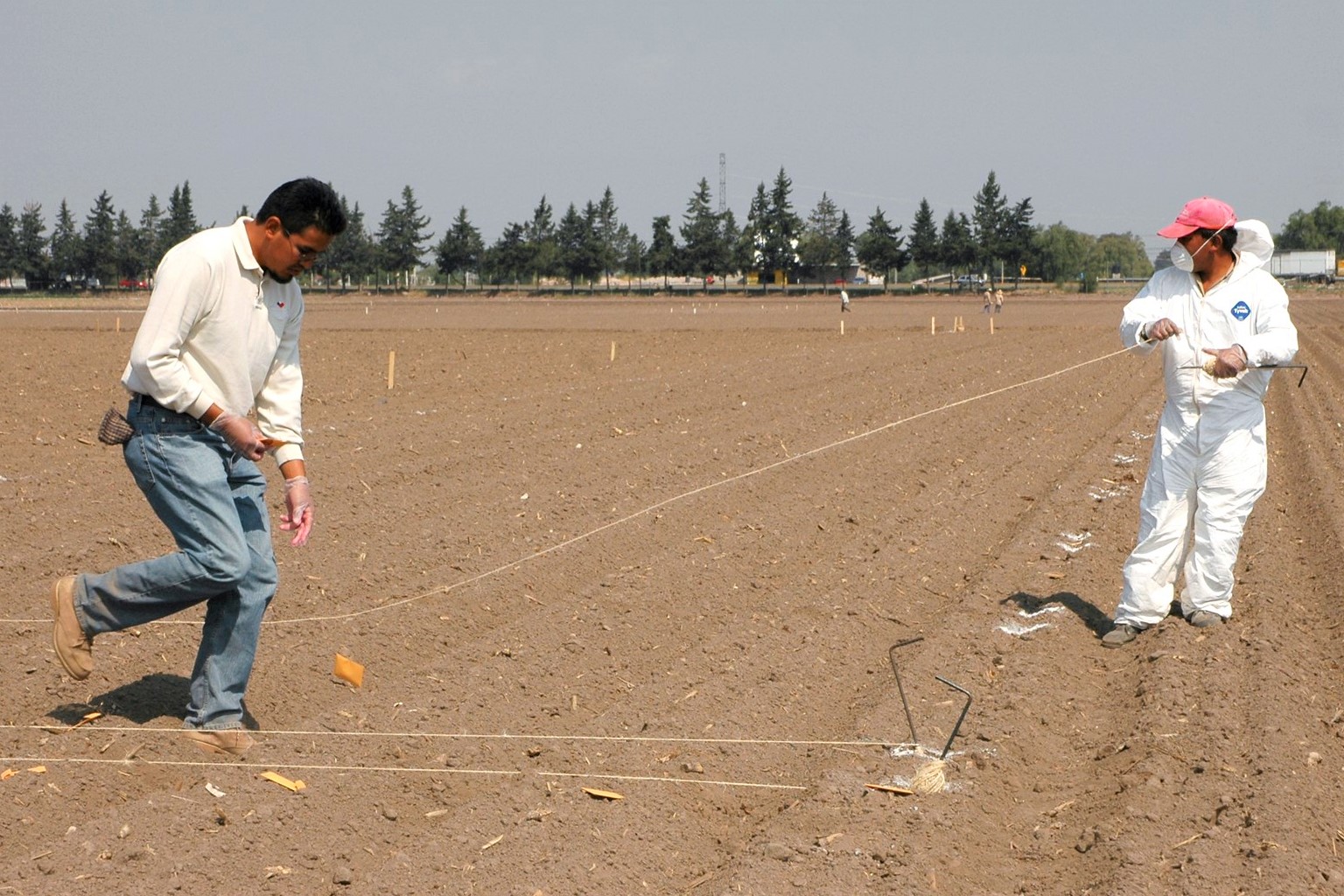 The book explores many factors that drive innovation. Four stand out as key to breeders, and perhaps to other scientists as well:

1. Focus on the customer and their “Job to be Done”

Because of our training, some breeders and scientists dislike using the word “customer”. But referring to farmers as customers forces us to immediately think about serving their needs. CGIAR Excellence in Breeding (EiB) is investing in helping One CGIAR breeding efforts be more customer-driven, and to acquire a more granular understanding of their market segments and customers (e.g. farmers, processors, city dwellers). This is not only the right thing to do, but is also deeply rooted in a core principle of innovation: successful innovation efforts are built on an understanding of the needs of its customers, and their Job to be Done (JTBD). The closer the alignment between breeding pipelines and market segments, the higher the impact of breeding and its ability to serve customer’s needs.

The JTBD theory was developed at Harvard University, and its core tenet is that users do not just purchase goods or services. Instead, people bring things into their lives to accomplish a specific job or achieve progress toward a specific goal under given circumstances. So, what users really adopt – in our case: which varieties farmers choose to grow – are means to fill satisfaction gaps. Unless we understand the “jobs” farmers need to do, achieving a higher turnover of varieties remains a tall order. Fortunately, novel varieties based on product profiles can help farmers get their jobs done.

Success in innovation does not hinge only on technological grounds, nor on hefty budgets. Other aspects increase its likelihood of success, including change management. Innovation is, by design, about challenging the status quo and seeking new ways to combine factors to create value. It is about being comfortable dealing with uncertainty and ambiguity. EiB and its breeding partners have placed an increasing focus on change management. Yes, change is hard, but through developing a strong and compelling vision, creating a sense of urgency, and ensuring strong communication, we are up to the challenge. The blend of technological strength, change management, and understanding the customer’s JTBD, is hard to beat.

In many cases, what drives innovation adoption isn’t the technology itself, but its emotional or social resonance. The world of personal tech gives us many examples, such as the Snapchat app. It had such a huge impact because it appealed to a deep longing teenagers have felt since the dawn of humanity: avoiding parental scrutiny. Though this teenagers’ JTBD may seem distant from crop breeding, it demonstrates how human beings, including farmers, are hard-wired to respond to social and emotional drivers.

It is only logical to think smallholder farmers stick to old varieties because of lack of cash or seed access. But let’s scratch beyond the surface of this thinking. Human behavior is full of unconscious biases: confirmation bias, loss/risk aversion, peer pressure, etc. For example, computer makers load up our notebooks, since many of us stick to default software rather than switching to better alternatives.

Similarly, farmers, in some cases, may stick to old varieties because of non-technological aspects. For instance, while Indian farmers from Bihar state do appreciate the enhanced yield stability provided by drought tolerant varieties, their top choice is to instead spend more on high yielding varieties that are best fit for non-stressed conditions. This has little to do with varietal performance, and instead reflects their choosing traits due to loss/risk aversion. Furthermore, a study of Eastern and Northern Uganda rice farmers found that their reduction in utility of losing one dollar is equal to their increase in utility of gaining $2.26. Farmers with such higher loss aversion were less keen to expand rice cultivation areas. 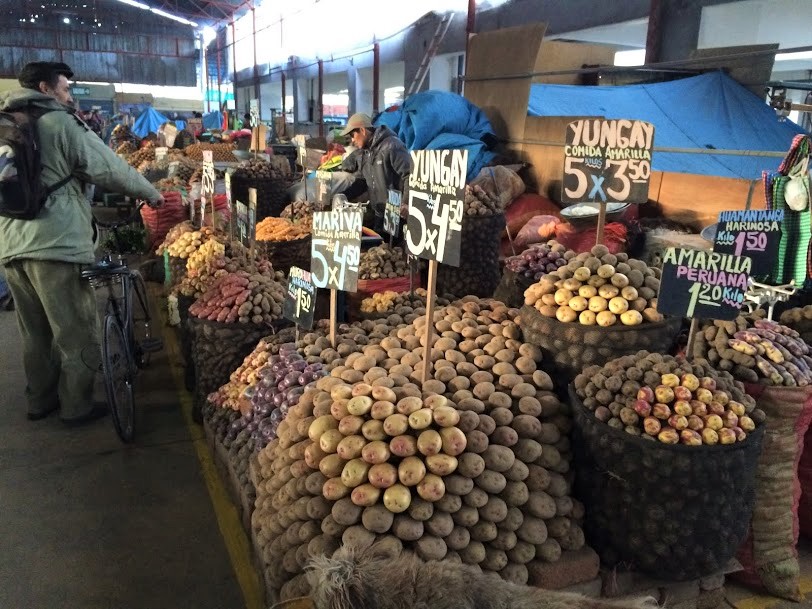 Potatoes, roots and tubers make it from farm to a local market in Huancayo, Peru. Credit: CIP

4. Embrace the concept of ‘clever failure’

Nobody wants to fail, and careless failure should never be encouraged. However, to some extent, science and R&D have become too averse to failure and prone to confirmation bias, which helps to explain the funding struggle of research proposals disrupting the current scientific comfort zone.

But there is no such thing as successful innovation without a fair share of failure along the way. Let’s think of failure as “the experience that precedes success.” EiB encourages hastening breeding cycles, particularly parent recycling. Though some new parents may underperform, EiB’s stance will likely deliver beyond expectations, since it builds upon the concept of “clever failure”, namely, to fail often, cheaply, and as early as possible in the innovation process. Though counterintuitive, accelerating the rate of early failures only increases the likelihood of customer satisfaction and increases Returns on Investments (ROI).

Time for an innovation revolution

CGIAR breeding programs have a chance to really propel innovation adoption in their own research programs – and with farmers. There is much to learn from private sector best practices. We must strive to gain a deep understanding of the market segments we serve and the traits addressing farmers’ JTBD. We can accept ‘clever failure’, accelerate processes, and learn how to better manage change. A relentless pursuit of market share is also needed.

In the case of One CGIAR breeding efforts, this means achieving a higher turnover of novel varieties in smallholders’ fields. It is not enough to just develop much improved varieties, we must ensure they’re adopted. For this, we need to consider the drivers of adoption and prioritize understanding and changing behavior. Our talented breeders are ready, so let’s build an innovation revolution in breeding and the value we deliver!

Hugo Campos edited the just-released Open-Access Springer book, The Innovation Revolution in Agriculture: A Road Map to Value Creation, featuring authors from industry, global consultancy firms, academic and non-academic organizations. Many of its insights closely relate to and can be applied by One CGIAR and partner breeding programs. Thank you to the Bill and Melinda Gates Foundation for support in publishing it as an Open Access volume, downloadable here.

This blog reflects the information and views of the authors only. EiB and partners are supported by CGIAR Trust Fund Contributors and the Crops to End Hunger initiative, via the Bill and Melinda Gates Foundation, GIZ, BMZ, USAID, UK Aid, ACIAR and other partners.

The development of this blog was supported by EiB Communications Lead Adam Hunt.

This blog was written by Hugo Campos and Michael Quinn. Originally published on EiB.